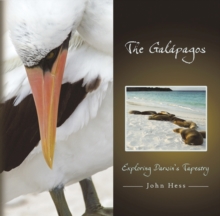 Charles Darwin arrived at the Galapagos Islands some three centuries after their discovery.

Thousands of seafarers had been there before him, but in these islands Darwin found something more enduring than fresh water and tortoise meat.

He found nourishment for an idea-an idea so powerful that its implications revised the place of humans in the universe and enriched every facet of science.

Darwin tested and refined his idea for decades before he was persuaded to go public in 1859 by publishing The Origin of Species. Today this remote archipelago is the destination of vast numbers of visitors who hope to see what Darwin saw and to experience the aura of this extraordinary place.

The Galapagos ecosystem, a tapestry of living things, is probably the best preserved of any in the world.

Like all ecosystems, it is made of many components that are interwoven and interdependent; Darwin's idea explains how such tapestries are organized as well as how they are created. Now, in spectacular pictures and insightful prose, The Galapagos: Exploring Darwin's Tapestry opens the Galapagos experience to general readers.

With an extensive background in ornithology and evolutionary ecology, a lifetime of experience as a naturalist and a photographer, and a deep respect for his subjects, John Hess has produced a celebration of these "Enchanted Islands."After describing the islands' origins and the complex of physical forces that make the Galapagos so remarkable, Hess turns his attention to the most prominent habitats on the islands and to the plants and animals found there.

He then focuses on the animals most encountered by visitors, animals that Hess presents as Galapagos royalty: the flightless cormorant, the marine iguana, the Galapagos tortoise, and others.

A photo essay for each of these species provides the reader with an intimate look at their physical and behavioral adaptations, and the accompanying text offers insight into their lives, showing that each of them is a unique and priceless evolutionary achievement. The photographs are amazingly intimate, offering close-up views that bring readers into virtual contact with the animals and illustrating their behavior and apparent quirks: an albatross that takes its egg for a stroll, a seabird that can't swim or land in the water, and a gull that has learned to fish for squid in the dark. For Hess, the Galapagos are more than a tourist attraction, more than a shrine to science-they are a place of breathless awe.

His book invites readers to share his affection for the islands and his appreciation of the exquisite beauty of Darwin's tapestry. 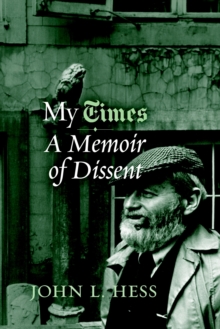