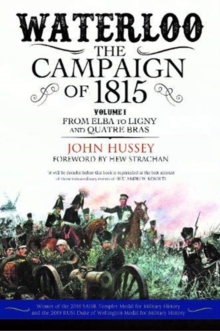 Waterloo: The Campaign of 1815 : Volume I: From Elba to Ligny and Quatre Bras Paperback / softback

The first of two ground-breaking, prize-winning volumes on the Waterloo campaign, this book is based upon a detailed analysis of sources old and new in four languages.

It highlights the political stresses between the Allies and their resolution, examining the problems of feeding and paying for 250,000 Allied forces assembling in Belgium during the undeclared war', and how a strategy was thrashed out. Hussey investigates the neglected topic of how the slow and discordant Allies beyond the Rhine hampered the plans of Bl cher and Wellington, thus allowing Napoleon to snatch the initiative from them.

Napoleon's operational plan is analysed (and Soult's mistakes in executing it) and accounts from both sides help provide a vivid impression of the fighting on the first day, 15 June.

The volume ends with the joint battles of Ligny and Quatre Bras the next day. 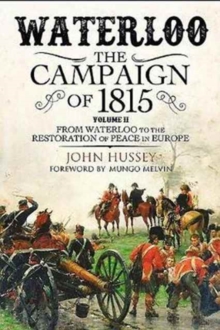