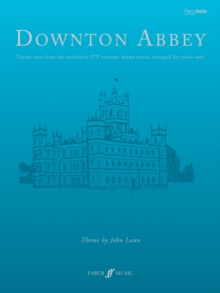 Classically trained yet contemporary in attitude, he combines a highly intelligent and sensitive approach with a sound that always finds the emotional core of drama.

His score to Getting Hurt, the BBC Screen Two Film, won the Royal Television Society's award for Best Original Music and his music to Bad Blood (Carlton) was also nominated for an Ivor Novello Award.