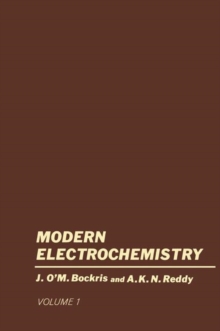 This book had its nucleus in some lectures given by one ofus (J.

O'M. B. ) in a course on electrochemistry to students of energy conversion at the Vniversity of Pennsylvania.

It was there that he met a number of people trained in chemistry, physics, biology, metallurgy, and materials science, all ofwhom wanted to know something about electrochemistry.

The concept of writing a book about electrochemistry wh ich could be understood by people with very varied backgrounds was thereby engendered.

The lectures were recorded and written up by Dr. Klaus Muller as a 293-page manuscript. At a later stage, A. K. N. R. joined the effort; it was decided to make a fresh start and to write a much more comprehensive text.

Of methods for direct energy conversion, the electrochemical one is the most advanced and seems the most likely to become of considerable practical importanee.

Thus, conversion to electrochemically powered trans portation systems appears to be an important step by means of which the difficulties of air pollution and the effeets of an increasing concentration in the atmosphere of carbon dioxide may be met.

Corrosion is recognized as having an electroehemical basis.

The synthesis of nylon now contains an important electroehemical stage.

Some central biological mechanisms have been shown to take place by means of electrochemical reactions.

A number of Ameriean organizations have recently recommended greatly increased activity in training and research in electrochemistry at universities in the Vnited States. 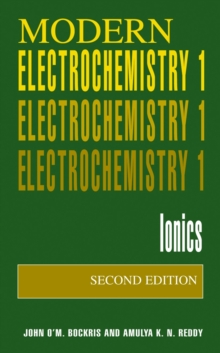 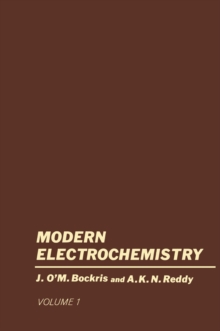 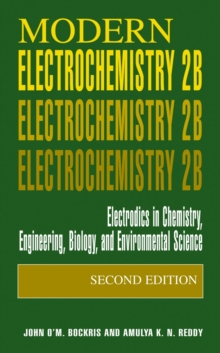 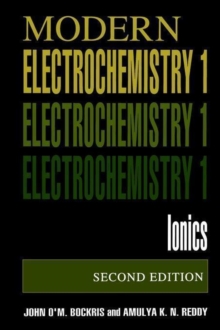