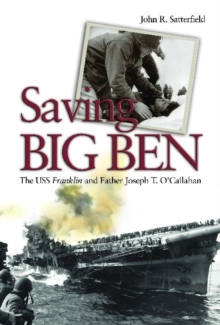 Father Joe O'Callahan, S.J. was the unlikeliest war hero. A bespectacled maths professor from Holy Cross, he became the U.S.

Navy's first Jesuit chaplain in World War II and served in combat operations in the Atlantic and Pacific theatres. He was on the aircraft carrier Franklin, known as "Big Ben", in the Okinawa campaign in early 1945 when massive explosions and fire from a kamikaze bomb attack nearly destroyed his ship. Hundreds of sailors died within moments of the attack, and the Franklin lay dead in the water, drifting toward Japan just 60 miles distant. As flames consumed the carrier, the chaplain organised and led fire-fighting crews, preventing a potentially fatal explosion while ministering to injured, dying and terrified sailors. Father O'Callahan's deeds were instrumental in saving the Franklin.

He stayed with the ship on its voyage under power to New York Harbor.

The carrier's captain called him"the bravest man I ever saw," and Father Joe became the first American military chaplain to receive the Medal of Honour, the nation's highest decoration for valour. However, the price of glory was high for Father O'Callahan.

He suffered a stroke after returning to Holy Cross and spent the rest of his life enduring incapacitating pain.

Through it all, the priest displayed the same leadership and strength derived from the unwavering faith that enabled him to help save his ship and comrades.

The book incorporates primary sources, interviews with Franklin survivors and O'Callahan family members and other materials never before published, including documentation of the Navy's review of Father O'Callahan's recommendation of the Medal of Honor and the process leading to the priest's receipt of the decoration. 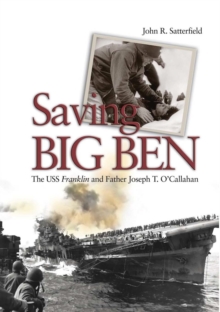