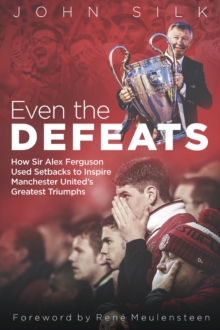 Even the Defeats is the story of how painful moments in Sir Alex Ferguson's early reign inspired him to lead Manchester United to some of their greatest successes.

A heavy 5-1 loss at Manchester City in Ferguson's early tenure led pundits and supporters to question the Scot's position, but by the season's end he was holding aloft his first trophy at the club -- the FA Cup.

This trend continued when an end-of-season collapse handed Leeds United the league title in the spring of 1992, only to galvanise United to their first championship in 26 years the very next year.

From struggles in Europe to winning the treble, from losing the title on goal difference to their city rivals to winning the Premier League in Ferguson's final season in charge - rising from the depths of despair to achieve glory, and using failure to fuel success, was arguably Sir Alex's greatest strength.

John Silk brings you the inside story of what made Ferguson tick, with views from players, coaches and other members of staff from the great Scot's reign.