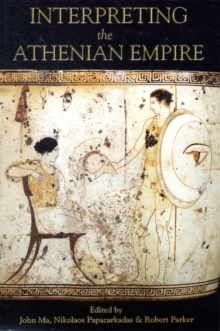 The empire that the Athenians established in the years after 478 BC was an entirely new phenomenon in the history of Greece, and the basis of much of the brilliant development of Athenian culture in the fifth century.

Its growth and collapse was the key event in the history of the period, after the defeat of the Persian invasion.

Yet this important historical phenomenon remains baffling to study.

New developments in various fields have made urgent a revision of existing approaches, which largely originated in the first half of the last century.

The accepted chronology of many key inscriptions has been powerfully challenged, so that new narrative reconstructions become possible.

Relevant new documents in languages such as Lycian have become available.

Understanding of the Persian empire which was the parallel, and in a sense the model, with which the Athenian empire interacted has been transformed in the last quarter century.

Broader developments in historiography (microhistory; history from below; and, post-colonial theory) invite us to pose new questions. The aim of this collection is not to offer a final word on any of the problems, but to give a sense of the possibility of a new generation of studies of the empire.