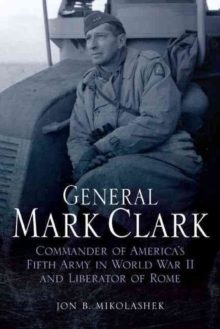 Although not nearly as well known as other U.S. Army senior commanders, General Mark Clark is one of the four men - along with Eisenhower, Patton, and Bradley - who historian Martin Blumenson called "the essential quartet of American leaders who achieved victory in Europe." Eisenhower nicknamed him the American Eagle.

A skilled staff officer, Clark rose quickly through the ranks, and by the time America entered the war he was deputy commander of Allied Forces in North Africa.

Several weeks before Operation Torch, Clark landed by submarine in a daring mission to negotiate the cooperation of the Vichy French.

From the September 1943 landing at Salerno, Clark and his army fought their way north against skilled German resistance, augmented by mountainous terrain.

The daring January 1944 end-run at Anzio, although not immediately successful, set the stage for Fifth Army's liberation of Rome on 4 June 1944, after ten months of hard fighting.

The war in Italy was not over, but the taking of Rome intact was a tremendous achievement.

Pitted against one of Hitler's most able commanders, Field Marshal Albert Kesselring, Fifth Army spent another ten months in ferocious combat from the Gothic Line to the Po Valley, as Clark moved up to head all Allied ground forces in Italy as commander of 15th Army Group. The brutal Italian Campaign has been long overshadowed by D-Day and the campaign across France and into Germany.

Likewise, the senior U.S. commander in Italy has been largely overlooked when one thinks of the great captains of the war.

The author, Mikolashek remedies this situation, shedding much needed historical light on one of America's most important fighting generals in this"warts and all" biography.

It also demonstrates the importance of the Italian Campaign, paying tribute to the valorous soldiers of U.S.

Fifth Army and their Allied comrades.

Also by Jon B. Mikolashek 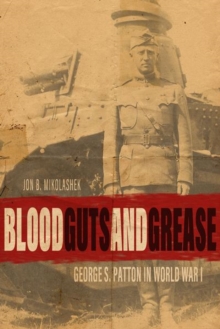