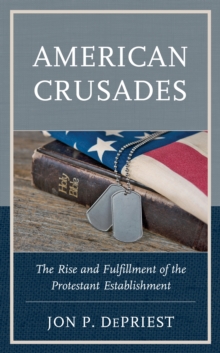 American Crusades : The Rise and Fulfillment of the Protestant Establishment Hardback

It argues that religious motivations contributed heavily to United States governmental policies and built sacred spaces in many attempts to influence American society.

These embedded ambitions form the core of Americanism, yet somehow remain hidden right in front of our eyes.

In the action of caretaking, they advanced their understanding of God's demand on their lives and purposes.

Evangelical and theologically conservative Americans linked the sacred and secular, shaping the ethos of the American people.

The terminology of religious thinking quickly sacralized concepts like democracy and capitalism in an attempt to control and use them.

Once packaged as a sacred space in need of custody, religious leadership sought to fulfill its kingdom responsibility and secure its future.

Eventually, a combination of religiously defined secular components coalesced into the term known simply as Americanism.

Building on the success of the new nation and supporting the causes of Americanism throughout the world has imprinted a uniquely evangelical construct into the domestic and foreign policy structures of the United States.

The shifting landscape of American culture drove evangelicalism into the margins in the 1970s, while most scholars think that the decline of religious conservatism in culture meant that secularization controlled foreign policy as well, this is not true.

Removed from the whims of domestic politics, Protestant evangelical patterns of action have resisted change in American foreign policy structures.

Over time, however, the movement lost its faith distinctives while embedding religious principles in foundations of U.S. foreign policy. This book seeks to produce a reorganized narrative through a critical synthesis to locate white evangelicals' quest to be the foundational voice in America's shaping ideological lineage. 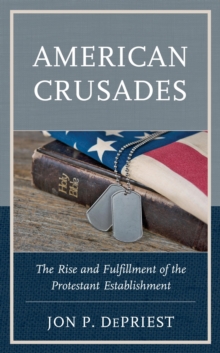