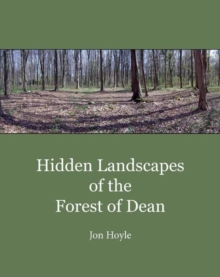 Hidden Landscapes of the Forest of Dean Paperback / softback

The Forest of Dean in Gloucestershire, between the rivers Severn and Wye where England meets Wales, is known chiefly for its post-medieval industrial heritage.

This book seeks to tell the story of its pre- and early history through written sources and archaeology.

It builds on existing summaries, such as Hart's Archaeology in Dean (1967) and Walters' Ancient Dean and the Wye Valley (1992), but also incorporates historical and archaeological research undertaken in the late 20th and early 21st century, in particular Gloucestershire County Council Archaeology Service's Forest of Dean Archaeological Survey.

This included aerial imaging using lidar technology which revealed for the first time many archaeological sites and landscapes previously obscured by woodland.

Although the majority of archaeological sites in the Forest of Dean are still to be investigated and their dates and status are not known for certain, this book sets out a considerable amount of new information which should promote debate and encourage further investigation into the Forest's archaeology.