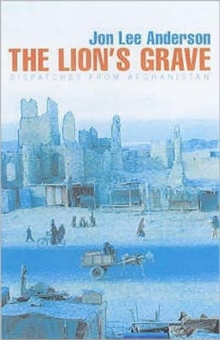 Two weeks after the terrorist attacks of 11 September, Jon Lee Anderson became one of the first Western journalists to gain access to Afghanistan.

Even for a seasoned reporter, the situation was unexpectedly dangerous - there were no clearly demarcated front lines, no electricity or phone lines, and the roads were full of mines and bandits. Anderson stayed in Afghanistan for months, filing first-hand reports for New Yorker on the high-technology conflict in a feudal terrain.

The Lion's Grave brings together these stories, supplemented by vivid unpublished e-mail accounts that transport the reader on to the ground and into the process of war journalism. Anderson reports from the intriguing court of Burhanuddin Rabbani, the deposed but still-official president of Afghanistan; he witnesses the fall of Kunduz, one of the last Taliban bastions; and he finds evidence that the Taliban were not the austere, self-abnegating men they claimed to be.

The Lion's Grave also includes a previously unpublished account of the urgent search for Osama bin Laden in the caves of Tora Bora.

It is destined to become a classic.