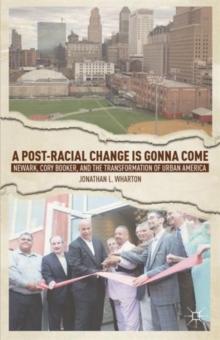 A Post-racial Change is Gonna Come : Newark, Cory Booker, and the Transformation of Urban America Hardback

This work offers a political and historical analysis of Newark's modern politics since 1950, culminating with Mayor Cory Booker's rise to power and prominence both in the city and in American political consciousness.

While Newark is the quintessential post-industrial city, Booker has received critical attention for his post-racial politics since he frequently bypasses racial and traditional urban politics.

At the same time, relations between the mayor, the municipal council, and Newark's diverse communities were often so fractious that sustainable coalition building proved to be an elusive goal to resolve longstanding crime, education, and other social problems.

Based on original interviews with Cory Booker, city council members, and other prominent Newark politicians, A Post Racial Change is Gonna Come is a powerful history of how Newark became the focal point for transformative politics in urban America. 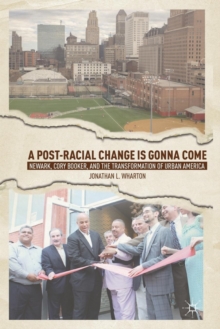 A Post-Racial Change Is Gonna Come