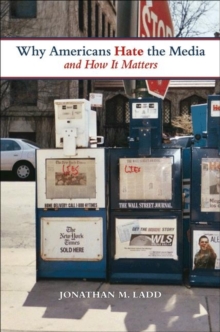 Why Americans Hate the Media and How It Matters Paperback / softback

As recently as the early 1970s, the news media was one of the most respected institutions in the United States.

Yet by the 1990s, this trust had all but evaporated.

Why has confidence in the press declined so dramatically over the past 40 years? And has this change shaped the public's political behavior?

This book examines waning public trust in the institutional news media within the context of the American political system and looks at how this lack of confidence has altered the ways people acquire political information and form electoral preferences.

Jonathan Ladd argues that in the 1950s, '60s, and early '70s, competition in American party politics and the media industry reached historic lows.

When competition later intensified in both of these realms, the public's distrust of the institutional media grew, leading the public to resist the mainstream press's information about policy outcomes and turn toward alternative partisan media outlets.

As a result, public beliefs and voting behavior are now increasingly shaped by partisan predispositions. Ladd contends that it is not realistic or desirable to suppress party and media competition to the levels of the mid-twentieth century; rather, in the contemporary media environment, new ways to augment the public's knowledgeability and responsiveness must be explored.

Drawing on historical evidence, experiments, and public opinion surveys, this book shows that in a world of endless news sources, citizens' trust in institutional media is more important than ever before. 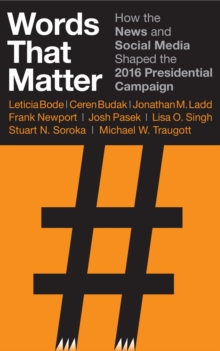 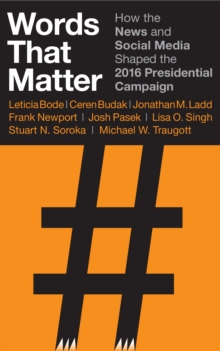 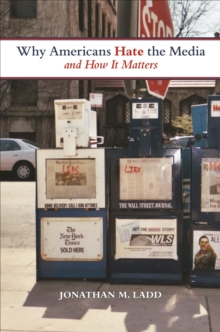 Why Americans Hate the Media and How It...