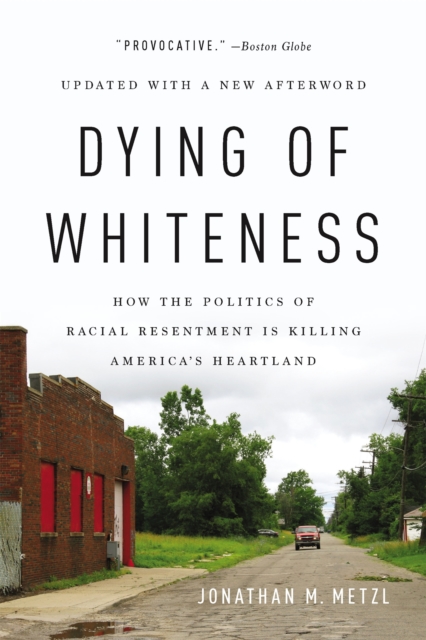 Dying of Whiteness : How the Politics of Racial Resentment Is Killing America's Heartland Paperback / softback

As Dying of Whiteness shows, the right-wing policies that resulted from this white backlash put these voters' very health at risk-and in the end, threaten everyone's well-being.

Physician and sociologist Jonathan M. Metzl travels across America's heartland seeking to better understand the politics of racial resentment and its impact on public health.

Interviewing a range of Americans, he uncovers how racial anxieties led to the repeal of gun control laws in Missouri, stymied the Affordable Care Act in Tennessee, and fueled massive cuts to schools and social services in Kansas.

Although such measures promised to restore greatness to white America, Metzl's systematic analysis of health data dramatically reveals they did just the opposite: these policies made life sicker, harder, and shorter in the very populations they purported to aid.

Powerful, searing, and sobering, Dying of Whiteness ultimately demonstrates just how much white America would benefit by emphasizing cooperation, rather than chasing false promises of supremacy.