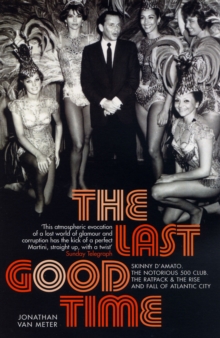 Paul 'Skinny' D'Amato was perhaps the most important man in the history of Atlantic City, where his world-famous 500 Club served as the ultimate backroom for the players of entertainment, politics, sports and the Mob.

Skinny was not part of the Rat Pack, but he was its mentor.

It was Skinny who taught Frank Sinatra the coolest way to hold a cigarette, tip big and play with the big boys.

Skinny was the ultimate connected guy, a passionate gambler who had a special touch that brought people together, but with wealth and power there was also tragedy - fires, mental illness, bankruptcy, death and murder.

The Last Good Time is a classic story of the whisky-soaked dark side of America and a portrait of a self-made man.