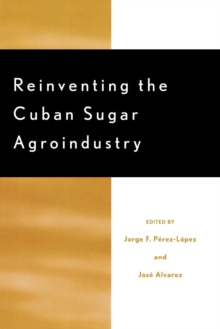 One of the key issues that faces Cuban policymakers today, and will continue to face them, is what steps to take in order to ensure the future of the sugar industry.

In 2002, nearly one-half of the country's cultivated land was occupied by the 156 fully functional sugar mills, more than a dozen plants and refineries, and the complex transportation infrastructure brought about by the commerce.

The loss of preferential markets for Cuban sugar that arose from the demise of the international socialist community constitutes a crisis that the Cuban government has only begun to address, with a radical restructuring plan that would foresee the reduction of sugar land and the elimination of about 100,000 jobs, for increased economic emphasis on tourism. The radical premise of this volume is that there is a future in the twenty-first century for a reinvented Cuban sugar agroindustry, responsive to market signals, organized around smaller and more agile production units, producing raw sugar as well as high value-added outputs, and using some of the facilities to produce ethanol and generate electricity.

The editors have asked over a dozen recognized world experts on Cuban agroindustry to analyze specific topics and make recommendations that would not only reinvent an industry for effective transition to a free-market environment but that has the potential to reinvigorate the Cuban economy, providing employment opportunities and generating wealth for generations of Cubans to come.

Also in the Rural Economies in Transition series   |  View all 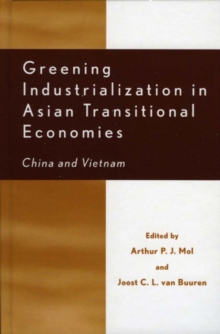