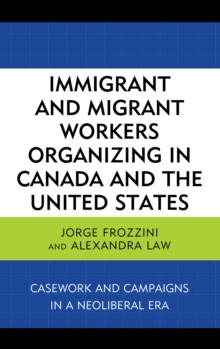 Immigrant and Migrant Workers Organizing in Canada and the United States : Casework and Campaigns in a Neoliberal Era Hardback

Across Canada and the United States, immigrant workers face important obstacles at work and in the broader society, whether their immigration status is temporary, permanent, or nonexistent.

Hyper-precarious workers of all status groups, and their allies in unions and worker centers, are organizing to improve their conditions.

In this book, Jorge Frozzini and Alexandra Law, two longtime volunteers with a Canadian worker center, draw on their own experience, in-depth interviews, and academic work from the fields of law, communication studies, and social movement theory, to produce a tactically focused, theoretically informed introduction to immigrant worker organizing in a neoliberal era.

Frozzini and Law describe the phenomenon of employment precarity in the context of U.S. and Canadian labor history, explaining how union certification and collective bargaining function under the law.

Without directing activists toward any single best strategy, they cover tactical and ethical questions raised when organizers offer casework as a recruitment and research tool.

The royalties from this book will go to the Immigrant Workers Centre, Montreal. 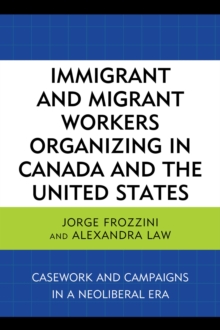