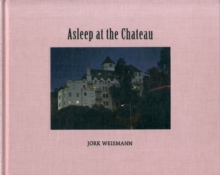 Asleep at the Chateau Hardback

Chateau Marmont on Sunset Boulevard in Los Angeles is a fantastical folly in the land of make-believe.

As Harry Cohn, the founder of Columbia Pictures, said in 1939, "If you must get in trouble, do it at the Chateau Marmont." Several generations of actors, directors, writers and artists have heeded Cohn's advice, from Dorothy Parker and F.

Scott Fitzgerald to Hunter S. Thompson and Jim Morrison. The hotel has provided a refuge where both partying and privacy are equally available--where you can hole up to write a script or ride your motorcycle through the hotel lobby (as Led Zeppelin once did).

James Dean climbed through a window of the hotel to audition with Natalie Wood for Rebel Without a Cause; Jean Harlow and Clark Gable conducted an illicit affair there; Jim Morrison used up what he called "the eight of my nine lives" when he fell off its roof; and celebrities from Greta Garbo to Howard Hughes have taken up extended residence within its hallowed walls.

Asleep at the Chateau pays homage to this fabled place by picturing its quieter moments.

Sprawled out in chairs, on couches or across the floor, Weismann's subjects reveal both themselves and the Chateau as they have never before been portrayed.