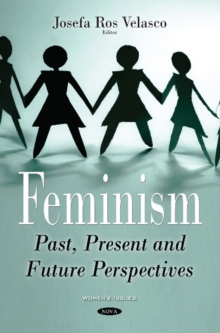 Presently, our concern for the social, political and economic situation of women remains as valid as it was in the last century.

Despite the progress made worldwide, we continue to witness a reality in which gender issues generate injustice, lack of freedom and violation of human rights.

Researchers constantly strive to analyse women phenomena and denounce its consequences in the attempt to achieve an egalitarian world in which differences are understood and respected.

This book is one of the fruits of such efforts. Scholars interested in womens issues have joined in this volume in order to register, through their work, a commitment to progress towards a better society.

With this work, the authors attempt to promote the voice of women who, even in the twenty-first century, feel deprived of their well-deserved security.

At the same time, they attempt not only to keep alive the awareness about womens situation, but also create an academic meeting point that shows the most current areas of research around womens issue.

Through this collaboration, the authors hope to achieve a review of contemporary approaches to womens studies.

It is for all the above that they have entitled this book Feminism: Past, Present, and Future Perspectives because the authors are going to address how humanity is coping with the proposals of the last century.

The authors want to show the most current points of view on womens issues through researches that are taking place in different geographic places, thanks to a procedure based on the case studies and methods.

Finally, they will attempt to clarify what the future holds for women and state their demands first-hand.