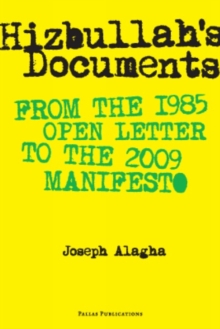 Hizbullah's Documents : From the 1985 Open Letter to the 2009 Manifesto Paperback / softback

Despite the controversial reputation of Hizbullah in the West, and the significant role this powerful Islamist organization plays in Lebanese politics, there are few reliable, published English translations of the party's primary documents.

With this extensive work, Joseph Alagha seeks to remedy this problem and rectify the distortions and misrepresentations that have resulted from inaccurate translations.

Through privileged access to the party, Alagha was able to compile and meticulously translate a host of original primary documents, from the party's 1985 Open Letter; through its eight clandestine conclaves from 1989 to 2009; to all of its election programs from 1992 to 2010, as well as all of the agreements, understandings, and pacts the party has ratified over the years; ending with the 2009 Political Manifesto.

This firsthand portrait of Hizbullah's metamorphosis, especially in the past decade, is complete with thorough footnotes, commentary, background information, chronology, and a detailed introductory chapter that maps the party's transformation by analytically comparing the Open Letter with the 2009 Manifesto.

This volume will be an invaluable companion for both scholars and policy makers. 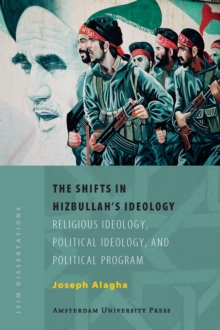 The Shifts in Hizbullah's Ideology 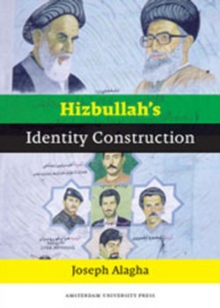