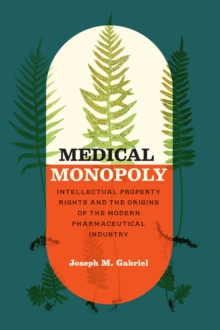 Part of the Synthesis (CHUP) series

During most of the nineteenth century, physicians and pharmacists alike considered medical patenting and the use of trademarks by drug manufacturers unethical forms of monopoly; physicians who prescribed patented drugs could be, and were, ostracized from the medical community.

In the decades following the Civil War, however, complex changes in patent and trademark law intersected with the changing sensibilities of both physicians and pharmacists to make intellectual property rights in drug manufacturing scientifically and ethically legitimate.

By World War I, patented and trademarked drugs had become essential to the practice of good medicine, aiding in the rise of the American pharmaceutical industry and forever altering the course of medicine. Drawing on a wealth of previously unused archival material, Medical Monopoly combines legal, medical, and business history to offer a sweeping new interpretation of the origins of the complex and often troubling relationship between the pharmaceutical industry and medical practice today.

Joseph M. Gabriel provides the first detailed history of patent and trademark law as it relates to the nineteenth-century pharmaceutical industry as well as a unique interpretation of medical ethics, therapeutic reform, and the efforts to regulate the market in pharmaceuticals before World War I.

His book will be of interest not only to historians of medicine and science and intellectual property scholars but also to anyone following contemporary debates about the pharmaceutical industry, the patenting of scientific discoveries, and the role of advertising in the marketplace. 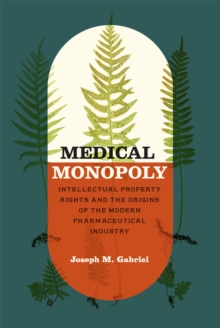