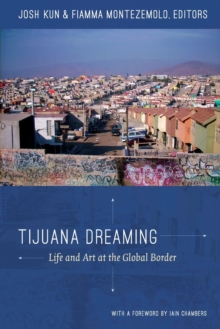 Tijuana Dreaming is an unprecedented introduction to the arts, culture, politics, and economics of contemporary Tijuana, Mexico.

With many pieces translated from Spanish for the first time, the anthology features contributions by prominent scholars, journalists, bloggers, novelists, poets, curators, and photographers from Tijuana and greater Mexico.

They delve into its musical countercultures, architectural ruins, cinema, and emergence as a hot spot on the international art scene.

One contributor examines fictional representations of Tijuana's past as a Prohibition-era "city of sin" for U.S. pleasure seekers. Another reflects on the city's recent struggles with kidnappings and drug violence.

In an interview, Nestor Garcia Canclini revisits ideas that he advanced in Culturas hibridas (1990), his watershed book about Latin America and cultural hybridity.

Taken together, the selections present a kaleidoscopic portrait of a major border city in the age of globalization.Contributors.