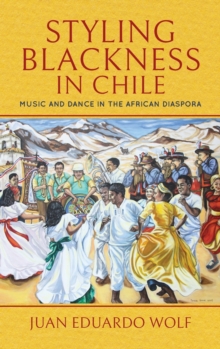 Styling Blackness in Chile : Music and Dance in the African Diaspora Hardback

Chile had long forgotten about the existence of the country's Black population when, in 2003, the music and dance called the tumbe carnaval appeared on the streets of the city of Arica.

Featuring turbaned dancers accompanied by a lively rhythm played on hide-head drums, the tumbe resonated with cosmopolitan images of what the African Diaspora looks like, and so helped bring attention to a community seeking legal recognition from the Chilean government which denied its existence.

Tumbe carnaval, however, was not the only type of music and dance that Afro-Chileans have participated in and identified with over the years.

In Styling Blackness in Chile, Juan Eduardo Wolf explores the multiple ways that Black individuals in Arica have performed music and dance to frame their Blackness in relationship to other groups of performers-a process he calls styling.

Combining ethnography and semiotic analysis, Wolf illustrates how styling Blackness as Criollo, Moreno, and Indigena through genres like the baile de tierra, morenos de paso, and caporales simultaneously offered individuals alternative ways of identifying and contributed to the invisibility of Afro-descendants in Chilean society.

While the styling of the tumbe as Afro-descendant helped make Chile's Black community visible once again, Wolf also notes that its success raises issues of representation as more people begin to perform the genre in ways that resonate less with local cultural memory and Afro-Chilean activists' goals.

At a moment when Chile's government continues to discuss whether to recognize the Afro-Chilean population and Chilean society struggles to come to terms with an increase in Latin American Afro-descendant immigrants, Wolf's book raises awareness of Blackness in Chile and the variety of Black music-dance throughout the African Diaspora, while also providing tools that ethnomusicologists and other scholars of expressive culture can use to study the role of music-dance in other cultural contexts. 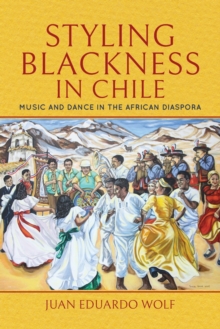