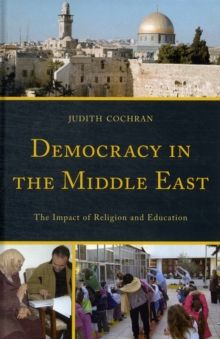 Democracy in the Middle East : The Impact of Religion and Education Hardback

Income inequality throughout the Middle East is best addressed through effective education.

In our highly technological, globalized economy, people without education will not be able to improve their economic situations.

The interaction among religions, education and political control in contemporary Middle East is profiled through interviews with media, political, religious and educational leaders along with classroom observations and competency measures of graduates.

This never-before documentary is important for those who have a vested interest in the economic and social health of the Middle East.

Without a strong educated citizenry, the democratic future of any country is in jeopardy.

Beginning with a history of religious education through to contemporary institutions enables readers to understand existing conditions throughout the Middle East.

Ancient Jewish, Christian and Muslim religions expand their impact through the control of their religious and educational systems.

Building on interlocking monotheistic religious histories, this work demonstrates how political forces unknowingly began to build elements of democracy through increasing access to education and technology, secularizing content, and allowing ethnic communities to control their believers through religious education of their leaders.

Lebanon, Syria, Palestine, Israel, Jordan and Egypt are then profiled according to the development of aspects of democracy: increasing access to education, enjoyment of basic freedoms, justice, dignity of self, and the right for all to be free of discrimination.

Lebanon supports freedom of choice for citizens as most parents can and do choose to educate their children in a plethora of private rather than government schools.

Syria, recognizing the importance of education, provides education for all including Iraqi, Afghani and Palestinian refugees at a great cost to its own citizens.

Political, social and media leaders discuss the status of education and religion in their countries.

Furthermore, the competencies of graduating students indicate the developing intellectual and technological force of youth in the Middle East.

These are the students who are becoming the basis of the economic, religious and democratic future of the region.

Also by Judith Cochran   |  View all 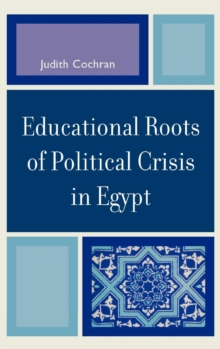 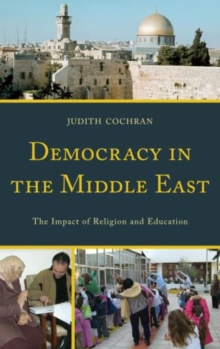 Democracy in the Middle East 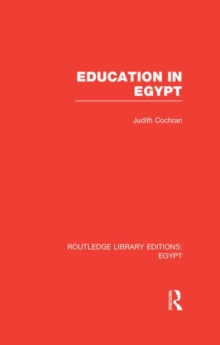 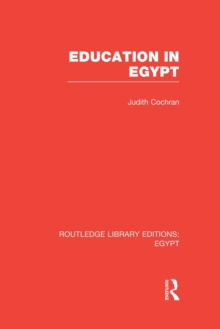