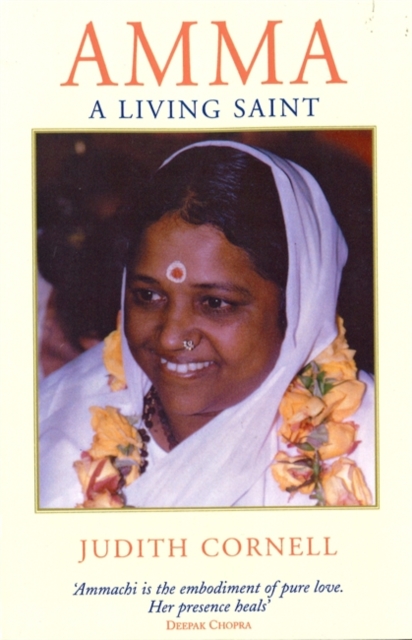 Amma is the biography of an extraordinary woman, an internationally revered spiritual leader and a powerful force for good. Her official name is Mata Amritandamayi, meaning Mother of Immortal Bliss. She is more commonly know as Ammachi or Amma, Mother. Considered as a living saint and sage by millions in her own country of India, Amma travels the world and her followers number hundreds of thousands.

Judith Cornell first met Amma in 1987 and has followed her progress ever since. She writes about her subject with insight, warmth and clarity: Tells the story of Amma's birth, her harrowing childhood and her divine calling to alleviate the sufferings of humanity; Highlights her rise to prominence as a respected, international religious leader and great humanitarian who has founded schools, orphanages, ashrams, a hospital, has set up pensions for destitute women and is now building 25,000 free homes for the poor; Includes touching stories of the many miracles Amma has performed and the people whose lives she has transformed; Reveals the gruelling daily life of this modern saint and arduous world tours she undertakes