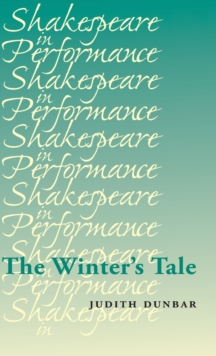 Part of the Shakespeare in Performance series

This illuminating study of The Winter's Tale in performance in the twentieth and early twenty-first centuries contributes to understanding the growth during that time of high critical esteem forwhat is now one of Shakespeare's frequently performed plays.

Writing about performance as a richly collaborative living art, the author learns from and gives voice to the work of actors, directors, designers and other theatre professionals whose labor and interpretive discoveries have made it possible for audiences to experience the play's multiple potentialities in the theatre. She does this in part by citing from her interviews with directors like Trevor Nunn and Peter Hall and with actors engaged in some of the most significant twentieth-century productions of The Winter's Tale. Dunbar connects her scholarly research, including fresh use of materials in theatrical archives, to her direct experience of those productions she has able to see in performance and, at times, to see develop in rehearsal. Her in-depth analysis of selected significant twentieth-century productions, including cross-cultural productions of The Winter's Tale by the Royal Dramatic Theatre of Sweden (directed by Ingmar Bergman), and the Maly Drama Theatre of Europe, in St.

Petersburg (directed by Declan Donnellan), explores how theatre artists have approached the play's most crucial theatrical and interpretive challenges. The book's last chapter, by distinguishedtheatre scholar and performance critic Carol Chillington Rutter, contributes a richly layered and highly engaging comparative analysis of eight of the most important recent British productions of the play. Dunbar makes a significant contribution to understanding The Winter's Tale which will be of great interest to scholars, teachers, and students of Shakespeare, to theatre lovers, and to all involved in productions of the play. -- .

Also in the Shakespeare in Performance series   |  View all 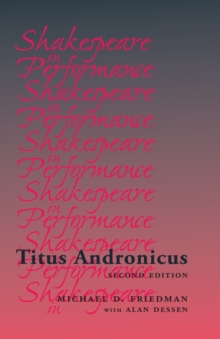 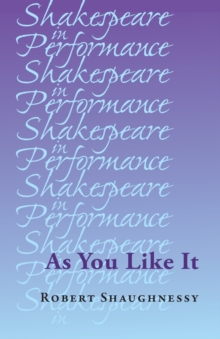 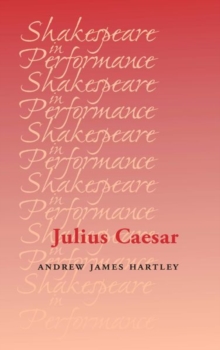 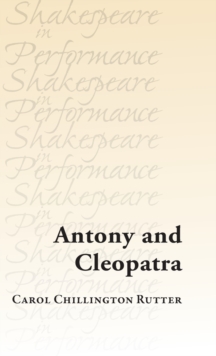