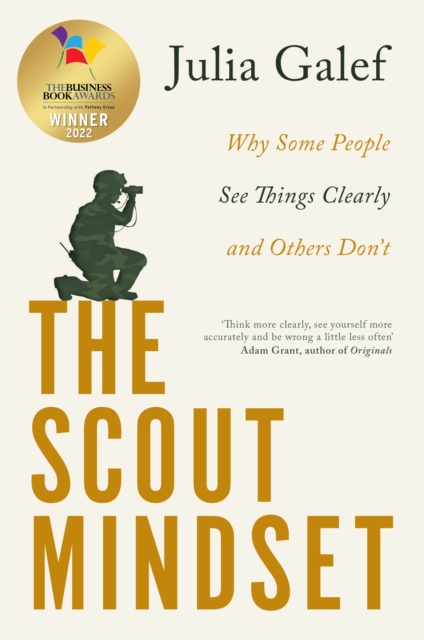 The Scout Mindset : Why Some People See Things Clearly and Others Don't Paperback / softback

'Original, thought-provoking and a joy to read' Tim Harford'Highly recommended.

It's not easy to become (more of) a scout, but it's hard not to be inspired by this book' Rutger Bregman'With insights that are both sharp and actionable, The Scout Mindset picks up where Predictably Irrational left off.

Reading it will teach you to think more clearly, see yourself more accurately, and be wrong a little less often' Adam GrantWhen it comes to what we believe, humans see what they want to see.

In other words, we have what Julia Galef calls a 'soldier' mindset.

From tribalism and wishful thinking, to rationalising in our personal lives and everything in between, we are driven to defend the ideas we most want to believe - and shoot down those we don't. But if we want to get things right more often we should train ourselves to think more like a scout.

Unlike the soldier, a scout's goal isn't to defend one side over the other.

It's to go out, survey the territory, and come back with as accurate a map as possible.

Regardless of what they hope to be the case, above all, the scout wants to know what's actually true. In The Scout Mindset, Galef shows that what makes scouts better at getting things right isn't that they're smarter or more knowledgeable than everyone else.

It's a handful of emotional skills, habits, and ways of looking at the world - which anyone can learn.

With fascinating examples ranging from how to survive being stranded in the middle of the ocean, to how Jeff Bezos avoids overconfidence, to how superforecasters outperform CIA operatives, to Reddit threads and modern partisan politics, Galef explores why our brains deceive us and what we can do to change the way we think. 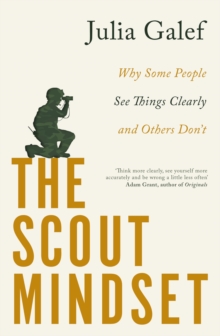