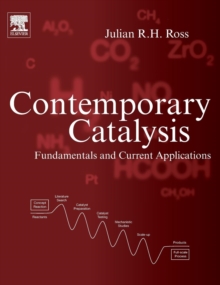 Topics addressed include historical development and the importance of heterogeneous catalysis in the modern world, surfaces and adsorption, the catalyst (preparation and characterization), the reactor (integral and differential reactors, etc.), and an introduction to spectroscopic and thermal characterization techniques.

Contemporary Catalysis is an essential resource for chemists, physical chemists, and chemical engineers, as well as graduate and post graduate students in catalysis and reaction engineering.