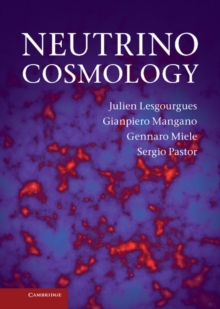 The role that neutrinos have played in the evolution of the Universe is the focus of one of the most fascinating research areas that has stemmed from the interplay between cosmology, astrophysics and particle physics.

In this self-contained book, the authors bring together all aspects of the role of neutrinos in cosmology, spanning from leptogenesis to primordial nucleosynthesis, their role in CMB and structure formation, to the problem of their direct detection.

The book starts by guiding the reader through aspects of fundamental neutrino physics, such as the standard cosmological model and the statistical mechanics in the expanding Universe, before discussing the history of neutrinos in chronological order from the very early stages until today.

This timely book will interest graduate students and researchers in astrophysics, cosmology and particle physics, who work with either a theoretical or experimental focus.