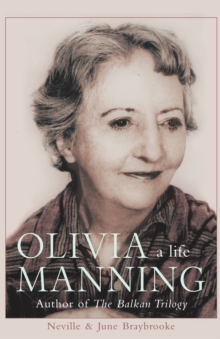 Olivia Manning was a superb writer - extravagantly funny and deeply serious at the same time - but her talent was not fully recognised in her lifetime.

Born in 1908 in Portsmouth into a naval family, she seized independence at the first opportunity, making a penurious life for herself in London as a furniture painter at Peter Jones, before signing up as a wartime ambulance driver - although she had never learned to drive.

Her personality was as idiosyncratic her novels. Her husband, Reggie Smith, was equally a 'character' - a BBC producer, self-proclaimed communist and life-long philanderer.

Both indulged in affairs, but their unusual marriage was sustained by his lifelong support for his wife's gifts.

After their adventurous war (Reggie was then in the British Council - and probably a spy) they became the centre of London literary life, numbering among their close friends Iris Murdoch, Muriel Spark, Stevie Smith, Ivy Compton-Burnett, Anthony Burgess and Laurence Durrell.

Olivia Manning died in 1980 in their house on the Isle of Wight; a cat lover, she left most of her money to the Wood Green Animal sanctuary.