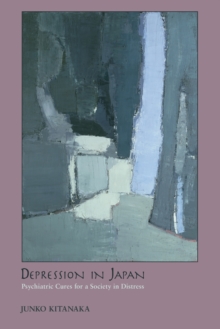 Depression in Japan : Psychiatric Cures for a Society in Distress Paperback / softback

Since the 1990s, suicide in recession-plagued Japan has soared, and rates of depression have both increased and received greater public attention.

In a nation that has traditionally been uncomfortable addressing mental illness, what factors have allowed for the rising medicalization of depression and suicide?

Investigating these profound changes from historical, clinical, and sociolegal perspectives, Depression in Japan explores how depression has become a national disease and entered the Japanese lexicon, how psychiatry has responded to the nation's ailing social order, and how, in a remarkable transformation, psychiatry has overcome the longstanding resistance to its intrusion in Japanese life.

Questioning claims made by Japanese psychiatrists that depression hardly existed in premodern Japan, Junko Kitanaka shows that Japanese medicine did indeed have a language for talking about depression which was conceived of as an illness where psychological suffering was intimately connected to physiological and social distress. The author looks at how Japanese psychiatrists now use the discourse of depression to persuade patients that they are victims of biological and social forces beyond their control; analyzes how this language has been adopted in legal discourse surrounding "overwork suicide"; and considers how, in contrast to the West, this language curiously emphasizes the suffering of men rather than women.

Examining patients' narratives, Kitanaka demonstrates how psychiatry constructs a gendering of depression, one that is closely tied to local politics and questions of legitimate social suffering.

Drawing upon extensive research in psychiatric institutions in Tokyo and the surrounding region, Depression in Japan uncovers the emergence of psychiatry as a force for social transformation in Japan. 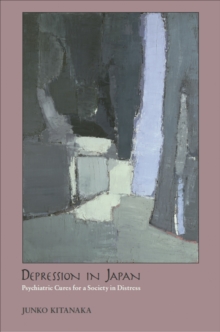