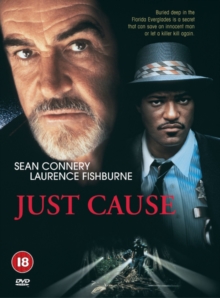 Arnold Glimcher directs this thriller starring Sean Connery as Paul Armstrong, a Harvard Law professor who is vehemently opposed to the death penalty.

Armstrong agrees to investigate a mysterious murder case which occured in the Florida Everglades over eight years ago.

Death Row prisoner Bobby Earl (Blair Underwood) was convicted of the murder, but has always maintained his innocence.

As Professor Armstrong goes about re-investigating the case, he encounters opposition from the local people, especially when horrifying new evidence is uncovered.