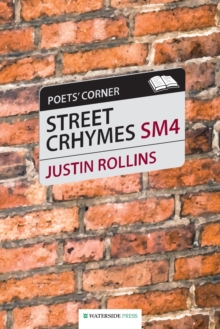 Justin Rollins has a remarkable ability. His poems emerge not from agonising over a blank sheet of paper, but in rap-like fashion, in full-flow and in their complete form.

This collection takes the reader on a journey on which those familiar with his autobiographical The Lost Boyz will recognise the landmarks.

But this is fresh and captivating work. It deals with the everyday effects of disadvantage, the tensions of wealth and poverty, freedom and incarceration with glimpses of a sometimes dark past, motivational now and uncertain though optimistic future.

What registers is Rollins' eye for detail, the telling remark, the eccentric, the absurd, clandestine places and parallel realities.

Much of this is driven by his years living on the streets chasing excitement to compensate for the lack of a conventional upbringing.

The result is a raw journey captured in snapshots of street crimes, survival, pain and the author's travels on the Northern Line. Extracts From 'Street Wise' - Some boys played with toy cars We played with metal bars And set fires On the way to becoming the lads All the traits of a psychopath They visited museums and studied from books We bunked history and became hooked Snotty-nosed kids slowly becoming crooks.

From 'Cameron's Kids' - See we wasn't born with riches Luxury food on tap ...I was born guilty Brought up in those flats So when you drive on by Just give us a bib Cameron what would you do If this was your kid? 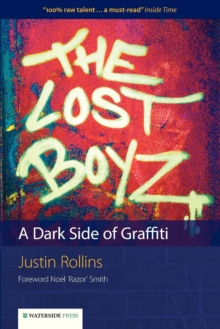