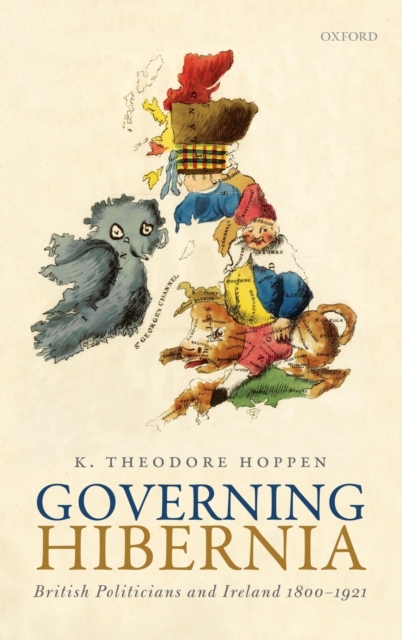 The Anglo-Irish Union of 1800 which established the United Kingdom of Great Britain and Ireland made British ministers in London more directly responsible for Irish affairs than had previously been the case.

The Act did not, however, provide for full integration, and left in existence a separate administration in Dublin under a Viceroy and a Chief Secretary.

This created tensions that were never resolved. The relationship that ensued has generally been interpreted interms of 'colonialism' or 'post-colonialism', concepts not without their problems in relation to a country so geographically close to Britain and, indeed, so closely connected constitutionally. Governing Hibernia seeks to examine the Union relationship from a new and different perspective.

In particular it argues that London's policies towards Ireland in the period between the Union and the Anglo-Irish Treaty of 1921 oscillated sharply.

At times, the policies were based on a view of an Ireland so distant, different, and violent that (regardless of promises made in 1800) its government demanded peculiarly Hibernian policies of a coercive kind (c. 1800-1830); at others, theywere based on the premise that stability was best achieved by a broadly assimilationist approach - in effect attempting to make Ireland more like Britain (c. 1830-1868); and finally they made a return to policies of differentiation though in less coercive ways than had been the case in the decades immediatelyafter the Union (c. 1868-1921). The outcome of this last policy of differentiation was a disposition, ultimately common to both of the main British political parties, to grant greater measures of devolution and ultimately independence, a development finally rendered viable by the implementation of Irish partition in 1921/2.