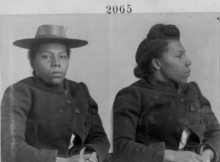 Colored Amazons is a groundbreaking historical analysis of the crimes, prosecution, and incarceration of black women in Philadelphia at the turn of the twentieth century.

Kali N. Gross reconstructs black women's crimes and their representations in popular press accounts and within the discourses of urban and penal reform.

Most importantly, she considers what these crimes signified about the experiences, ambitions, and frustrations of the marginalized women who committed them.

Gross argues that the perpetrators and the state jointly constructed black female crime.

For some women, crime functioned as a means to attain personal and social autonomy.

Providing an overview of Philadelphia's black women criminals, she describes the women's work, housing, and leisure activities and their social position in relation to the city's native-born whites, European immigrants, and elite and middle-class African Americans.

She relates how news accounts exaggerated black female crime, trading in sensationalistic portraits of threatening "colored Amazons," and she considers criminologists' interpretations of the women's criminal acts, interpretations largely based on notions of hereditary criminality.

Ultimately, Gross contends that the history of black female criminals is in many ways a history of the rift between the political rhetoric of democracy and the legal and social realities of those marginalized by its shortcomings. 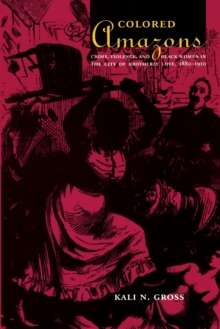