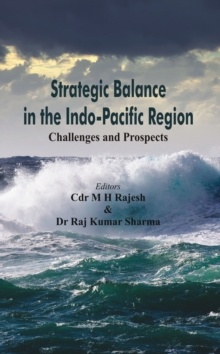 Regional Satraps and the Battle for India Foreign Policy Hardback

This book is a pioneering work about the growing domestic influences on India's foreign policy with the increasing number of powerful chief ministers asserting at the state level.

It investigates how and why in a coalition era with a globally integrated Indian economy, managing a parliamentary coalition and also working with Chief Ministers from the opposition-ruled States is increasingly becoming difficult and a challenge to Prime Ministers.

Most of the disputes with the neighbouring countries have been on water sharing, land and security, which impinge on the state.

The study shows that there is a case for institutionalising the process of consultation and involvement of these States in foreign or security policy, trade and investment and people to people contact in the changing scenario.