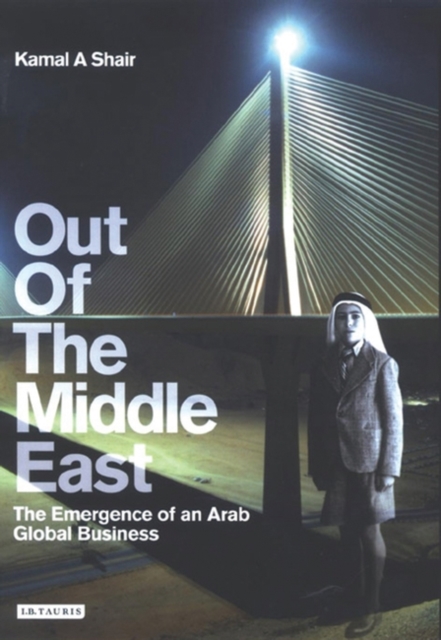 Out of the Middle East : The Emergence of an Arab Global Business Hardback

Kamal Shair's book is a classic rags to riches story: the village boy, who with determination and education, achieves business success, wealth, more wealth, and then influence and power.

What makes it unusual is that it emanates from the Arab world.

Rarely among Arabs have individuals from thoroughly modest backgrounds, with no access to links, networks or connections become truly global commercial players.

Shair was born in a small town in what was then Transjordan and dragged himself through school (his mother was illiterate), moved to college in Beirut, then sailed off to America (Michigan and Yale) and returned to the Middle East to create a multinational corporate empire engaged in trade, construction and manufacturing.

Dar al Handasah - Arabic for House of Engineers - was founded in a small flat in Beirut and today, spans the globe with offices in 37 countries.

In its early years, Dar al Handasah fought off competition from established western consultancies to win contracts for prestige engineering throughout the Middle East.

Eventually, its activities extended further to Europe, the United States, Africa and Asia. By not following the usual pattern of patronage and favours, Kamal Shair applied a fresh kind of ethic in an environment with a loosely-structured business ethic.

In the process, he lived through and witnessed at first hand and at close quarters some of the most dramatic events of the modern Arab world.

This is quite an extraordinary tale and a very original prism through which to read the turbulent post-World War II history of the Middle East.

At the same time we see the growth, despite all the odds, of one of the world's great engineering and business enterprises in a narrative of epic and inspirational proportions.