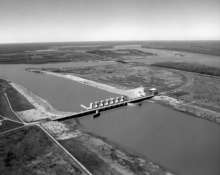 Rivers by Design : State Power and the Origins of U.S. Flood Control Hardback

The United States has one of the largest and costliest flood control systems in the world, even though only a small proportion of its land lies in floodplains.

Rivers by Design traces the emergence of the mammoth U.S. flood management system, which is overseen by the federal government but implemented in conjunction with state governments and local contractors and levee districts.

Karen M. O'Neill analyzes the social origins of the flood control program, showing how the system initially developed as a response to the demands of farmers and the business elite in outlying territories.

The configuration of the current system continues to reflect decisions made in the nineteenth century and early twentieth.

It favors economic development at the expense of environmental concerns.O'Neill focuses on the creation of flood control programs along the lower Mississippi River and the Sacramento River, the first two rivers to receive federal flood control aid.

She describes how, in the early to mid-nineteenth century, planters, shippers, and merchants from both regions campaigned for federal assistance with flood control efforts.

She explains how the federal government was slowly and reluctantly drawn into water management to the extent that, over time, nearly every river in the United States was reengineered.

Her narrative culminates in the passage of the national Flood Control Act of 1936, which empowered the Army Corps of Engineers to build projects for all navigable rivers in conjunction with local authorities, effectively ending nationwide, comprehensive planning for the protection of water resources. 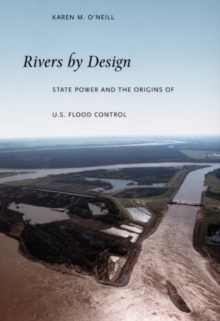