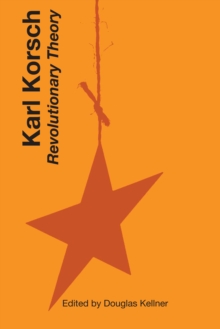 There is growing interest in Europe and the United States in the work of the major German social-political philosopher Karl Korsch.

Korsch participated in the turbulent struggles in Weimar Germany and while in exile continually reflected on history and politics.

His work affords one of the most important interpretations of the role of Marxism in twentieth-century revolutionary movements, while developing an ongoing critical interrogation of Marxism.

His thought provides an illuminating perspective on the process of revolution and counterrevolution in recent history.

Karl Korsch: Revolutionary Theory is the first English anthology of his most important writings. This collection presents Korsch's essays on a wide range of subjects, including Marxism and socialization, Lenin and the Soviet Union, the crisis of Marxism, models of revolutionary practice, fascism and counterrevolution, and Korsch's final evaluation of Marxism.

Much of this work is translated into English for the first time, and many unknown essays first published in radical journals which are no longer available appear here.

The volume includes Korsch's major essays written during the 1920s and 1930s as well as some of his later work. Douglas Kellner's detailed introduction, "Korsch's Revolutionary Marxism," contains the first comprehensive critical interpretation of Korsch's work to appear in English.

It provides a historical-theoretical reconstruction of Korsch's life and thought and roots his political theory in the sociopolitical context in which it evolved.

The introduction has been described by Korsch scholars as a "first-class piece of exposition and interpretation" and a "serious, first-rate contribution likely to preempt the field in the English language." The editor's introduction along with the representative selection of essays provide firm grounding in the ideas and historical significance of Karl Korsch. 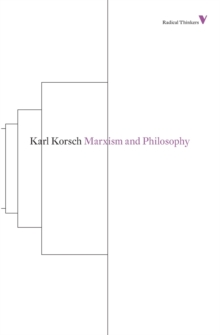 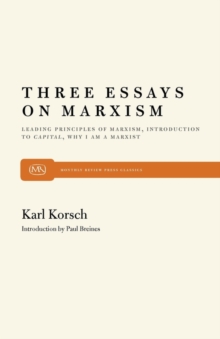 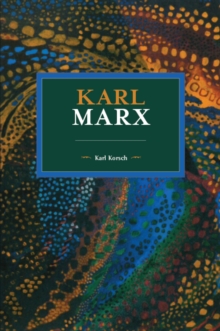