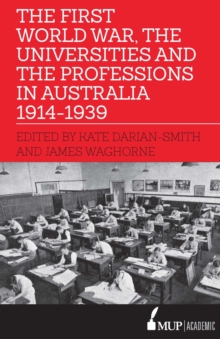 The First World War, the Universities and the Professions in Australia 1914-1939 Paperback / softback

Australia's extraordinary contribution to World War I extended well beyond its military forces to the expertise of its universities and professional men and women.

Scientists and engineers oversaw the manufacture of munitions and the development of chemical weapons.

Doctors sustained soldiers in the trenches, and treated the physically and psychologically damaged.

Public servants, lawyers and translators were employed in the war bureaucracy, while artists and writers found new modes to convey the trauma of war.

The graduates and staff of Australia's six universitiesaEURO"Sydney, Melbourne, Adelaide, Tasmania, Queensland and Western Australia and QueenslandaEURO"were involved in this expansion of expertise. But what did these men and women do after the guns were silenced?

How were the professions and universities transformed by the immediate and longer-term impacts of the war? The First World War, the Universities and the Professions examines how the technical and conceptual advances that occurred during World War I transformed Australian society.

It traces the evolving role of universities and their graduates in the 1920s and 1930s, the increasing government validation of research, the expansion of the public service, and the rise of modern professional associations and international networks.

While the war contributed to greater specialisations in traditional professions such as teaching or medicine, it also stimulated new jobs and trainingaEURO"whether in economics, anthropology or graphic art. This volume provides a new account of the interwar years that places knowledge and expertise at the heart of the Australian story. Its four sectionsaEURO"The Medical Sciences; Science and Technology; Humanities, Social Sciences and Teaching; and The Arts: Design, Music and WritingaEURO"highlight how World War I disrupted and shaped the careers of individuals as well as the development of Australian society and institutions. 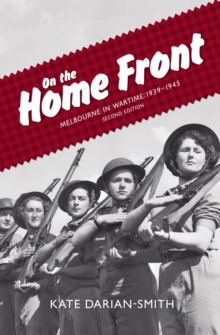 On the Home Front 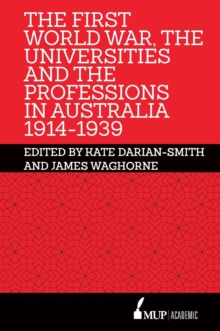 The First World War, the Universities... 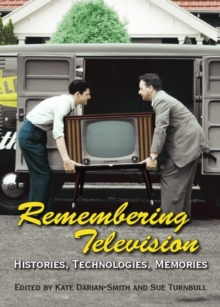