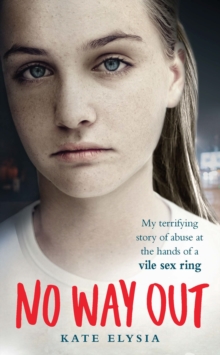 No Way Out : My terrifying story of abuse at the hands of a vile sex ring Paperback / softback

"They'd degraded me to the point where I'd become this sex thing - this thing that wasn't human, but just an object.

To the point where I believed that's what I was."Kate's ordeal began when she was living in sheltered accommodation, and she was violently introduced to an Asian sex ring.

Traumatised and alone, she was too weak to try to escape or even tell anyone.

Four years later, she had been passed between over 70 men in the West Midlands, was on drugs, and suffered with PTSD so severe she was on the edge of suicide.

So when Operation Chalice came to recruit her, would she be strong enough to turn the tables and bring her abusers down?