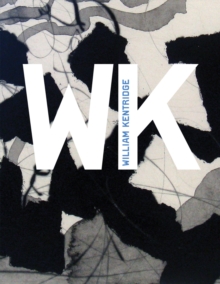 Many who view his work for the first time assume he is black.

In fact he was born in Johannesburg in 1955 into a family of Jewish civil-rights activists and lawyers of Eastern European descent, meaning that his work speaks directly neither of the black experience in South Africa, nor that of the privileged white population under the apartheid regime.

Drawing on artistic traditions rooted in early twentieth century modernism, he works in many different media, satirising the status quo without being politically prescriptive, somehow commenting on human existence itself.

Best known for expressionistic, animated films based on charcoal drawings that have been featured in museums and film festivals worldwide, he also makes prints, books, collage, tapestry and sculpture.

He is internationally renowned for his direction and design of operas at some of the world's leading opera houses, as well as for his collaborations with the Handspring Puppet Company. No other living artist can claim such a variety of audiences and settings for their work, yet this very quality means that for many Kentridge stands outside art's mainstream, fascinating yet hard to categorise.

Unlike many previous authors, Kate McCrickard does not privilege one aspect of Kentridge's work over another but provides an accessible yet authoritative overview of his career to date.

Focusing on six key works in depth, with over 100 colour illustrations, this is the perfect introduction to one of the twenty-first century's most complex yet engaging artists.