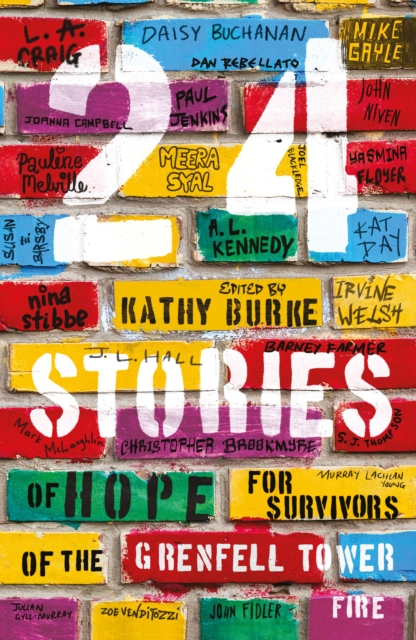 24 Stories : Of Hope for Survivors of the Grenfell Tower Fire Paperback / softback

In the early hours of 14 June 2017, a fire engulfed the 24-storey Grenfell Tower in west London, killing at least 72 people and injuring many more.

An entire community was destroyed. For many people affected by this tragedy, the psychological scars may never heal. Post-Traumatic Stress Disorder is a condition that affects many people who have endured traumatic events, leaving them unable to move on from life-changing tragedies.

In the immediate aftermath of the fire, the focus was rightly placed on providing food, shelter and health care for those left homeless - but it is important that we don't lose sight of the psychological impact this fire will have had on its survivors. 24 Stories is an anthology of short stories, written on themes of community and hope, by a mix of the UK's best established writers and previously unpublished authors, whose pieces were chosen by Kathy Burke from over 250 entries. Contributors include: Irvine Welsh, A. L. Kennedy, Meera Syal, John Niven, Pauline Melville, Nina Stibbe, Barney Farmer, Dan Rebellato, Daisy Buchanan, Christopher Brookmyre, Zoe Venditozzi, Mike Gayle, Murray Lachlan Young.