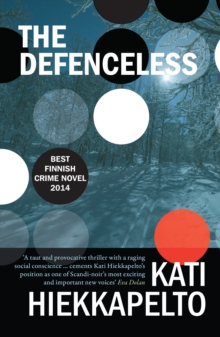 When an old man is run over and killed by a Hungarian au pair, Finnish police investigator Anna Fekete soon realizes that there is more than meets the eye ... and a lot more at stake. The international, bestselling Anna Fekete series continues... ***Shortlisted for the Petrona Award for Best Scandinavian Crime Novel of the Year******Shortlisted for the Glass Key Award for Best Nordic Crime Novel******Winner of the Best Finnish Crime Novel of the Year***'Tough and powerful crime fiction' Publishers Weekly'Dark-souled but clear-eyed, Kati Hiekkapelto's edgy, powerful novels grip your throat and squeeze your heart.

Addictive' A J Finn, author of The Woman in the Window'A gut-punch of a book' Metro------------------------When an old man is found dead on the road - seemingly run over by a Hungarian au pair - police investigator Anna Fekete is certain that there is more to the incident than meets the eye.

As she begins to unravel an increasingly complex case, she's led on a deadly trail where illegal immigration, drugs and, ultimately, murder threaten not only her beliefs, but her life. Anna's partner Esko is entrenched in a separate but equally dangerous investigation into the activities of an immigrant gang, where deportation orders and raids cause increasing tension and result in desperate measures by gang members - and the police themselves. Then a bloody knife is found in the snow, and the two cases come together in ways that no one could have predicted.

As pressure mounts, it becomes clear that having the law on their side may not be enough for Anna and Esko. Chilling, disturbing and terrifyingly believable, The Defenceless is an extraordinary, vivid and gripping thriller by one of the most exciting new voices in crime fiction. ------------------------'Finnish Kati Hiekkapelto deserves her growing reputation as her individual writing identity is subtly unlike that of her colleagues' Barry Forshaw, Financial Times'There is something fresh and slightly subversive about Hiekkapelto's writing in The Defenceless. there is something of that restless energy here, a nod to anti-authoritarian and countercultural ideas that makes the novel stand out from the pack' Doug Johnstone, The Big Issue'A taut and provocative thriller with a raging social conscience ... cements Kati Hiekkapelto's position as one of Scandi-noir's most exciting and important new voices' Eva Dolan'Compelling, assured and gutsy ... a gripping and stimulating read' LoveReading'An edgy and insightful chiller with a raw and brooding narrative.

Skilfully plotted and beautifully written, Hiekkapelto has given us an excellent and suspenseful crime novel' Craig Robertson'A beautifully written and many-layered mystery novel that illuminates the dangers of prejudice, while still providing a major thrill ride' Mystery Scene Magazine'A writer willing to take risks with her work' Sarah Ward'Seriously good!

The taut elegance of the writing brilliantly contrasts the grit of the subject matter. 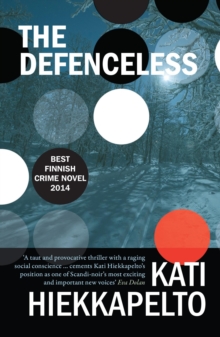 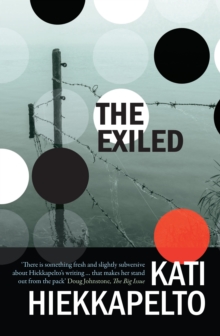 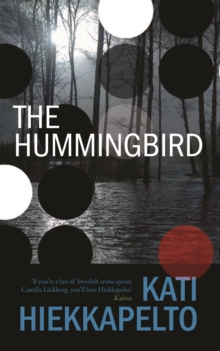