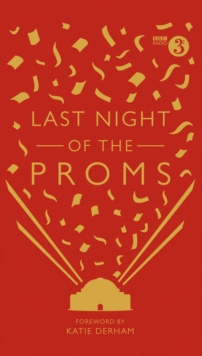 Last Night of the Proms : An Official Miscellany Hardback

The ultimate celebration of the world's favourite classical knees-up!With a foreword from Katie DerhamEver since Sir Henry Wood's Proms were first broadcast in 1927, Last Night has become an annual appointment for classical music lovers and is enjoyed by millions around the world.

This first and official miscellany explores the history and traditions that have developed on the last night of the world's biggest and longest-running classical music festival.

Learn about the origins of the Proms and how it first got its name.

Discover the stories behind iconic Last Night songs such as 'Land of Hope and Glory', 'Jerusalem' and 'Fantasia on British Sea Songs', and prepare to Prom with our dos and don'ts guide for Last Night Prommers. From flag waving and 'Rule, Britannia' to the most memorable conductors' speeches, and the story of how the Proms survived the Blitz, Last Night of the Proms: An Official Miscellany, is the perfect tribute to a uniquely British institution.