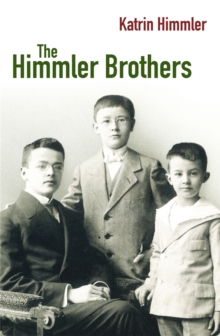 Katrin Himmler's cool but meticulous examination of the Himmler story reveals - in all its dark complexity - the gulf between the `normality' of bourgeois family life and the horrors perpetrated by one member.

This riveting family memoir provides essential new information on the private life and background of one of the twentieth- century's most notorious killers - not a lone evil executioner, but a middle-class family man, loved and fully supported by his respectable German family.

It also offers a unique account of one women's courageous attempt to deal with her chilling inheritance. `It is part of the creeping discomfort in reading her book to realise the incredibly ordinary middle-class background of these three sons of a rather pompous provincial headmaster and to see how, right until the end, he was almost able to convince himself it hadn't happened like it had' Sunday Times `You get a vivid sense of a particular kind of German conservatism - Roman Catholic, monarchist - and of how, weirdly, it found an outlet in the upstart, part-pagan thuggery of Nazism' Independent `One can only admire her bravery . . . In a way, Katrin Himmler's book is not a story about the past, but one about the present. 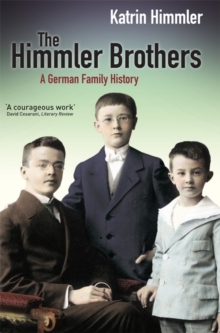