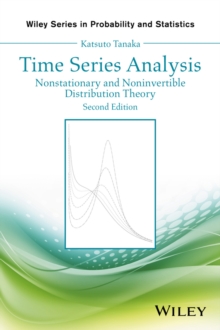 Part of the Wiley Series in Probability and Statistics series

In particular, sections on nonstationary panel data analysis and a discussion on the distinction between deterministic and stochastic trends have been added.

Three new chapters on long-memory discrete-time and continuous-time processes have also been created, whereas some chapters have been merged and some sections deleted.

The first eleven chapters of the first edition have been compressed into ten chapters, with a chapter on nonstationary panel added and located under Part I: Analysis of Non-fractional Time Series.

Chapters 12 to 14 have been newly written under Part II: Analysis of Fractional Time Series.

Chapter 13 is concerned with the computation of distributions of quadratic functionals of the fBm and its ratio. Next, Chapter 14 introduces the fractional Ornstein Uhlenbeck process, on which the statistical inference is discussed.

Finally, Chapter 15 gives a complete set of solutions to problems posed at the end of most sections.

This new edition features: Sections to discuss nonstationary panel data analysis, the problem of differentiating between deterministic and stochastic trends, and nonstationary processes of local deviations from a unit root Consideration of the maximum likelihood estimator of the drift parameter, as well as asymptotics as the sampling span increases Discussions on not only nonstationary but also noninvertible time series from a theoretical viewpoint New topics such as the computation of limiting local powers of panel unit root tests, the derivation of the fractional unit root distribution, and unit root tests under the fBm error Time Series Analysis: Nonstationary and Noninvertible Distribution Theory, Second Edition, is a reference for graduate students in econometrics or time series analysis.

Aside from the first edition of Time Series Analysis (Wiley, 1996), Dr. Tanaka had published five econometrics and statistics books in Japanese. 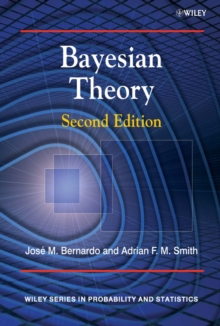