Biocapital is a major theoretical contribution to science studies and political economy.

Grounding his analysis in a multi-sited ethnography of genomic research and drug development marketplaces in the United States and India, Kaushik Sunder Rajan argues that contemporary biotechnologies such as genomics can only be understood in relation to the economic markets within which they emerge.

Sunder Rajan conducted fieldwork in biotechnology labs and in small start-up companies in the United States (mostly in the San Francisco Bay area) and India (mainly in New Delhi, Hyderabad, and Bombay) over a five-year period spanning 1999 to 2004.

He draws on his research with scientists, entrepreneurs, venture capitalists, and policymakers to compare drug development in the two countries, examining the practices and goals of research, the financing mechanisms, the relevant government regulations, and the hype and marketing surrounding promising new technologies.

In the process, he illuminates the global flow of ideas, information, capital, and people connected to biotech initiatives.Sunder Rajan's ethnography informs his theoretically sophisticated inquiry into how the contemporary world is shaped by the marriage of biotechnology and market forces, by what he calls technoscientific capitalism.

Bringing Marxian theories of value into conversation with Foucaultian notions of biopolitics, he traces how the life sciences came to be significant producers of both economic and epistemic value in the late twentieth century and early twenty-first. 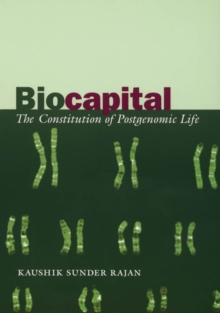 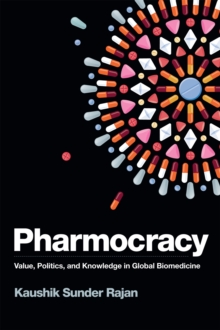 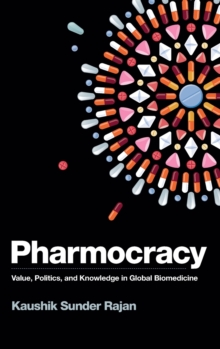