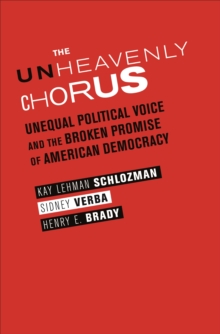 Politically active individuals and organizations make huge investments of time, energy, and money to influence everything from election outcomes to congressional subcommittee hearings to local school politics, while other groups and individual citizens seem woefully underrepresented in our political system.

The Unheavenly Chorus is the most comprehensive and systematic examination of political voice in America ever undertaken--and its findings are sobering.

The Unheavenly Chorus is the first book to look at the political participation of individual citizens alongside the political advocacy of thousands of organized interests--membership associations such as unions, professional associations, trade associations, and citizens groups, as well as organizations like corporations, hospitals, and universities.

Drawing on numerous in-depth surveys of members of the public as well as the largest database of interest organizations ever created--representing more than thirty-five thousand organizations over a twenty-five-year period--this book conclusively demonstrates that American democracy is marred by deeply ingrained and persistent class-based political inequality. The well educated and affluent are active in many ways to make their voices heard, while the less advantaged are not.

This book reveals how the political voices of organized interests are even less representative than those of individuals, how political advantage is handed down across generations, how recruitment to political activity perpetuates and exaggerates existing biases, how political voice on the Internet replicates these inequalities--and more.

In a true democracy, the preferences and needs of all citizens deserve equal consideration.

Yet equal consideration is only possible with equal citizen voice.

The Unheavenly Chorus reveals how far we really are from the democratic ideal and how hard it would be to attain it. 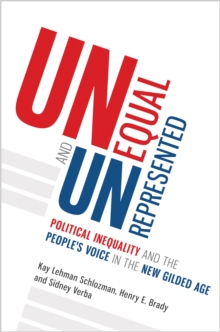 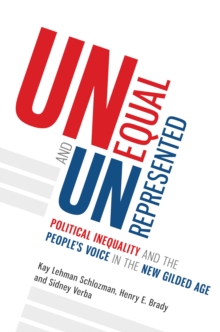 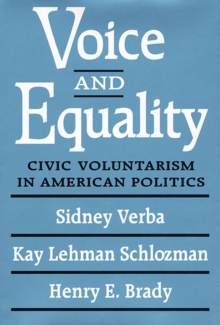 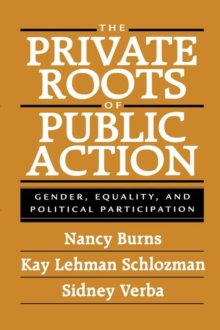 The Private Roots of Public Action