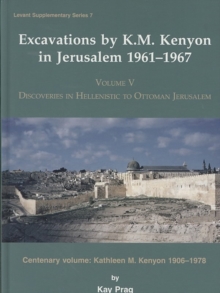 The fifth volume in the series of final reports on the work of the Joint Expedition to Jerusalem in the 1960s describes the discoveries made in six sites in the ancient city and places them in the archaeological and historical context of Jerusalem and the surrounding lands.

Among the most debated issues are the extent of the occupation of the city during the Iron Age, the location of the southern defence line in Herodian and Roman times, and the date of the destruction of an Umayyad palatial structure.

There is fresh information on the civic amenities of the southern half of the Byzantine city, and on the structure of the Ottoman city defences built under Sulaiman the Magnificent in the sixteenth century.

Fine glazed pottery, both locally made and imported, and the wide range of materials reaching Jerusalem through trade and pilgrimage, reflect elite patronage and the high status of the holy city under Islamic rule. 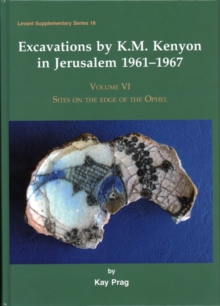 Excavations by K.M. Kenyon in Jerusalem...

Also in the Levant Supplementary Series series   |  View all 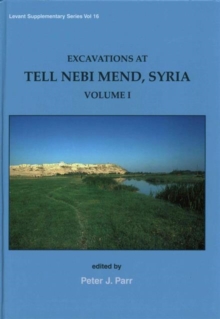 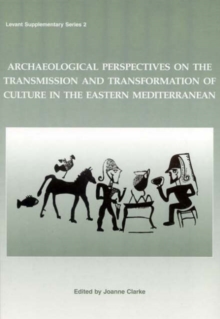 Archaeological Perspectives on the... 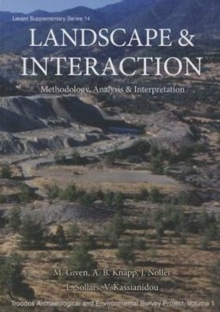 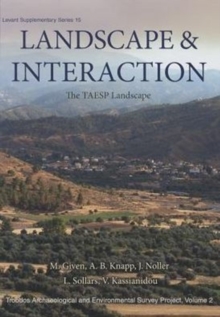